Okay, you are one of those lucky few already testing Apex Legends Mobile. When choosing a character to play, Gibraltar is the one to consider – especially if you prefer the defensive style. Not as futuristic as Octane or Gothically beautiful as Wraith, and certainly less agile than most Legends, Gibraltar can be the key for your party to win.

His protective abilities are hard to overlook, and if he’s an unlikely character of choice, well, choosing him may grant your party an advantage. But, like all of them, Gibraltar requires some skills and knowledge. So come on, the chosen one, and explore the power of Gibraltar!

While looking quite human and even a bit tired of it all, Gibraltar is well protected – probably the best protected Legend in the game. In this aspect, the mobile version of the character does not differ much from that of the PC version.

They call Gibraltar a walking tank, and there is a reason for that. He is extremely well protected and thus very slow. As a large Legend, he has a large hitbox, and it’s easy to aim at him. On the other hand, his passive protection allows him to take sufficient hits without being really damaged. The damage is 15% reduced by the armor he wears. And when he moves, bullets don’t slow down his advance.

Like all characters in Apex Legends Mobile, Gibraltar has one tactical ability (the protective Dome), one passive (a shield that automatically protects him from gunfire), and one Ultimate (a mortar strike on the opponent’s position).

The tactical one is probably the most impressive, as Gibraltar can put a protective dome above himself. If the team is around, they can use it too. More than that: the main reason to put up the dome is to protect the team. The dome sustains for 18 seconds, and it protects those who are inside from any attacks. Once the dome is put up, Gibraltar can go outside and prevent enemies from coming in. The remaining members of the group can shoot outside from the dome. In addition, all the medicines are only consumed up to 25% when under the dome.

The gun shield automatically activates when someone is shooting at Gibraltar. Not that it offers absolute protection. But it helps to reduce the damage the Legend takes. Given that he cannot run or duck as others do, this ability should be appreciated. On the other hand, it’s easy to spot for the enemies, so sometimes you better turn it off.

Finally, the Defensive Bombardment, the Ultimate ability, calls the mortar rain on the enemy’s position. Hardly does it make sense against scattered groups, but if they are concentrated, mortars can work wonders. 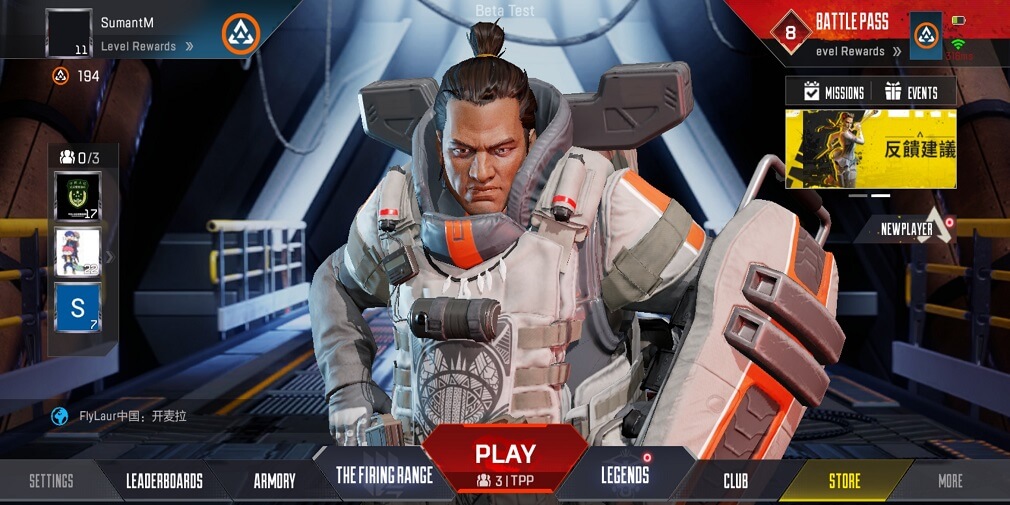 Here are the tricks that will help you get the best results with Gibraltar.

Hope you will enjoy playing Apex Legends Mobile as Gibraltar! Even if you prefer other Legends, you will know what to expect from Gibraltar, be he your ally or enemy. You may need this now if you are among the testers; but if not, you will find it useful after the release.

Have you had the pleasure to test Apex Legends Mobile? If so, let us know in the comments. If not, you can share your expectations. Or share this article with your friends on Facebook, Twitter, or whatever, so they prepare for the release of ALM.

Subscribe to our weekly Newsletter and receive updates via email.

Many WhatsApp users probably know how annoying listening to...

(c) 2022 AllApps.World. All Rights Reserved.
AllAppsWorld is a ultimate catalog of best mobile apps and games for Android and iOS devices. Only top-rated, curated apps and games! Please note that AllAppsWorld is not affiliated with any software developer unless specified otherwise. All the software you can find in our catalog is genuine and has not been modified in any way.
Scroll to Top
Games
Apps
Choose
We use unpersonalized cookies to keep our site working and collect statistics for marketing purposes.
See the Privacy and Cookie Policy here. Accept